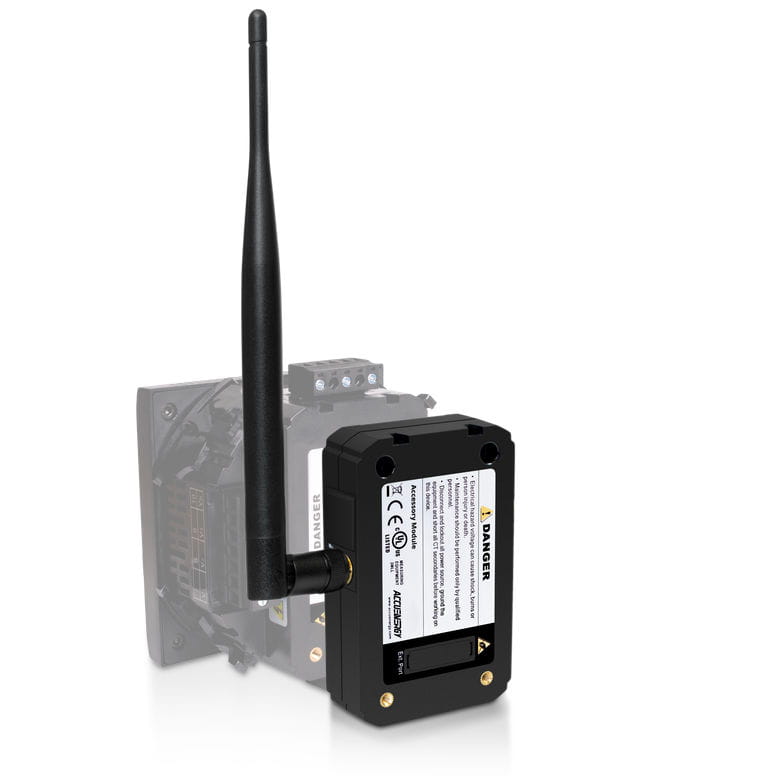 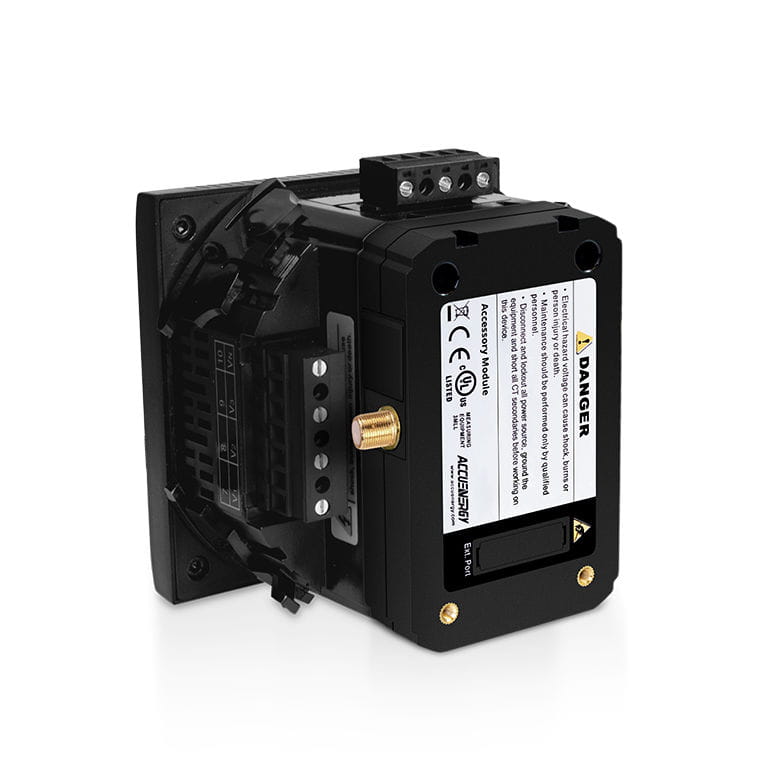 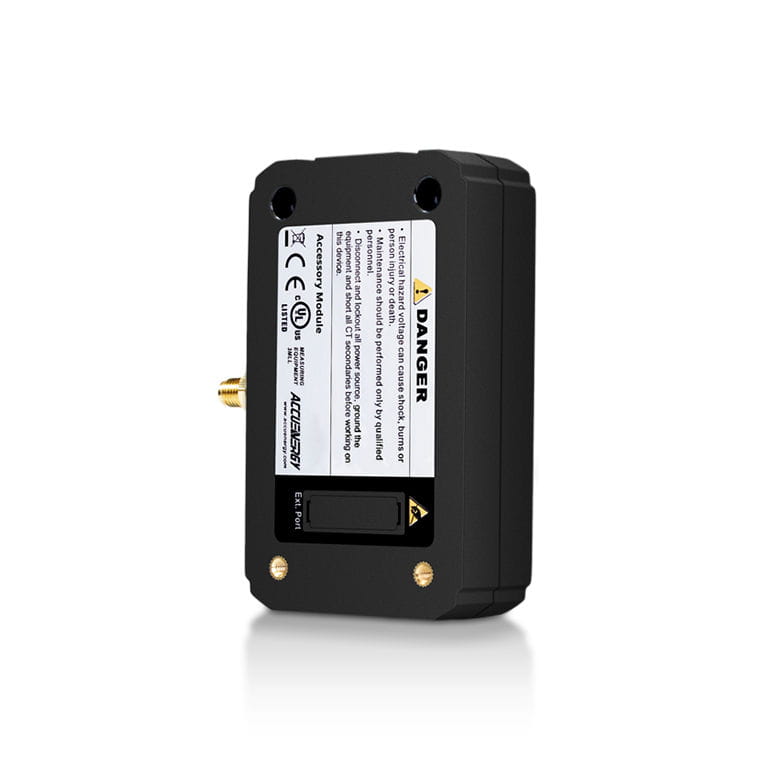 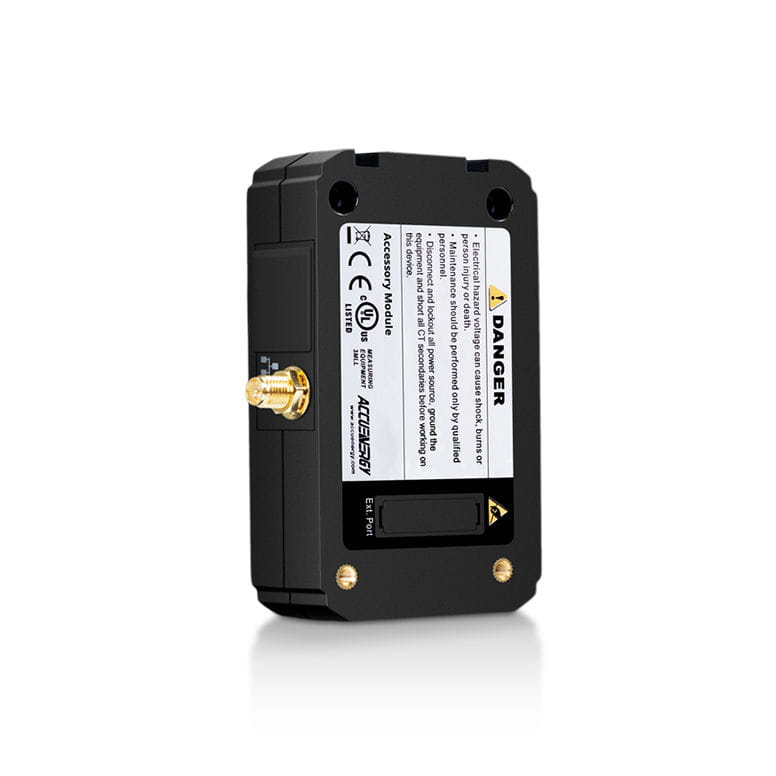 The AXM-MESH communication module allows the Acuvim II Modbus-RTU meter to wirelessly connect to a mesh network, reducing cost stemming from complex wiring solutions. Ideal for new or retrofit installations, each AXM-MESH meter on the mesh network is an extension point, resulting in a broad, reliable range of networked communication across multi-tenant buildings.

Add sophisticated wireless RS485 mesh capabilities to the Acuvim II Series energy meters with the AXM-MESH communication module. Powerful mesh network technology provides reliable communications where other wireless methods may fail to operate. The mesh structure is ideal for gathering metering data from multiple locations within a building or from multi-building campuses. 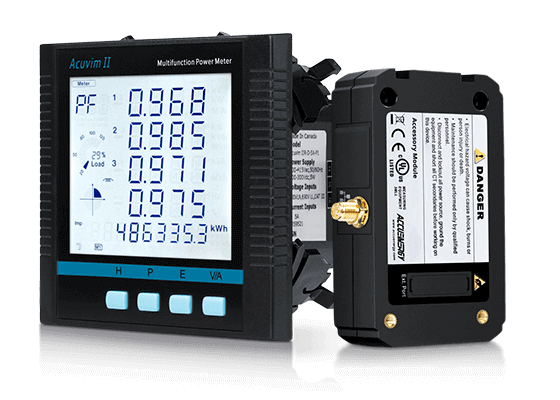 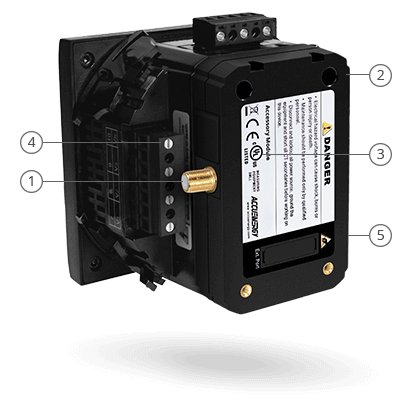 AXM-MESH extends beyond traditional Ethernet, WiFi, or Zigbee networks to operate up to 1000 ft (305m) indoors and 4 miles (6.5km) outdoors. Each transceiver works as an extension point to the network, making it ideal for large facilities or multi-building campuses.

Is the AXM-MESH module a transmitter, receiver, and repeater in one?

Typically, a transmitter, receiver, and repeater are separate units in a wireless system. Unlike other wireless solutions, the AXM-MESH wireless transceiver has these three functions built into a single device, so each one will automatically switch roles in the system and work as a transmitter, receiver, and repeater, as needed. Each unit is able to connect to both master and slave RS485 devices to send and receive data/commands and broadcast, or repeat, the command until every transceiver in the field is connected.

What protocol does the AXM-MESH module support?

The AXM-MESH transceiver is protocol-agnostic and uses transparent communication so any RS485 protocol can run over the wireless communication. In other words, any protocol that can be transmitted on a traditional, wired RS485 network will be able to run on AcuMesh wireless RS485 transceivers. A few popular examples are Modbus-RTU and DNP 3.0 over RS485.

Our application requires separate groups of wireless networks and they cannot interfere with or communicate with each other. How can this be configured?

The AXM-MESH transceiver uses default channel name out-of-box so that no additional configuration is needed to connect all devices to a single network. In instances where multiple networks need to be kept separate from each other, simply configure a different channel name for the transceivers in the separate network groups. AXM-MESH/AcuMesh transceivers will only identify other devices with the same channel name. Additionally, each channel can be configured for a separate password for better security and management.

Does each transceiver need to be assigned an address?

Because AcuMesh works via transparent communication, it does not add, or modify, any existing communication protocol. Think of it as a device with an invisible wire where no configuration is needed. Configuration is not required with AXM-MESH/AcuMesh transceivers either. The exact same master device, whether it is a data acquisition server, a computer running master software, or a PLC will remain the same. RS485 slave devices, or sensors, maintain their same configuration, such as device ID.

How many AXM-MESH/AcuMesh transceivers can I connect in one network?

There is no limit to the number of AcuMesh transceivers in the network and, potentially, an unlimited number of AcuMesh transceivers can be added to a single wireless mesh network. The limiting factor is typically the protocol the system is using. For example, a daisy chain setup for RS485 devices with Modbus-RTU protocol has a limit of 32 devices without the use of a repeater.